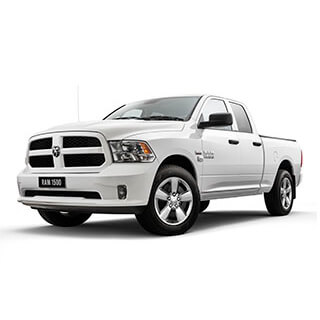 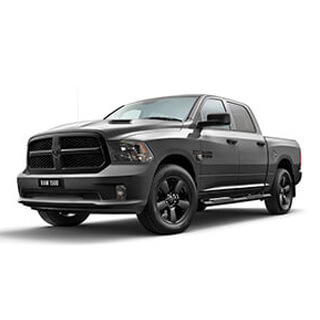 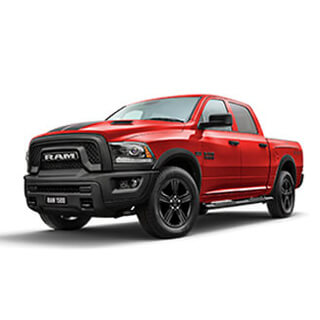 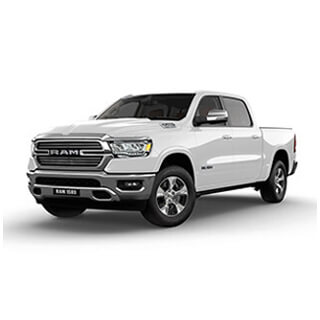 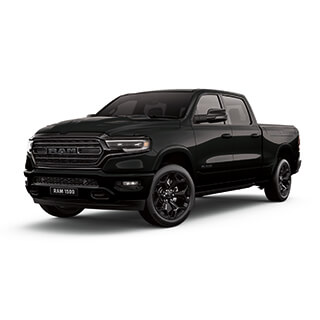 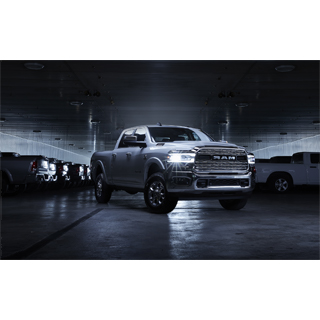 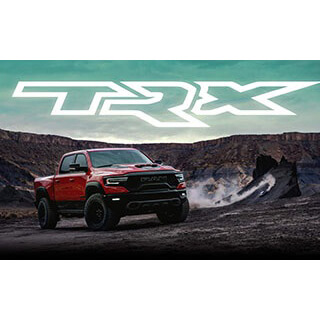 New V8 Hero! How RAM Built The Most Convincing Big Ute On Sale! 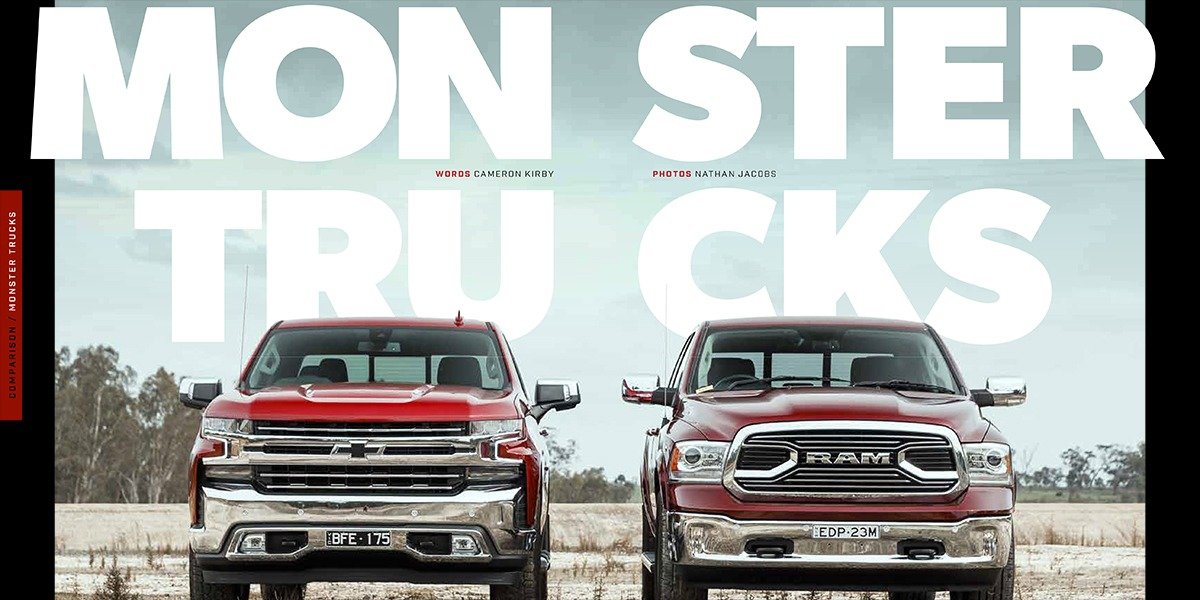 Filling my ears is the deep burble of what can only be a V8 engine, the rear vision mirror lets me glimpse a large practical tray, and ahead of me is a straight, empty drag strip. It's all oddly familiar, with images of Australia's home-grown Holden and Ford V8 utes at the front of my mind. The mental picture is nothing but a cultural ghost of Australia's lost manufacturing, with those car-based utilities now dead and long buried.

What I'm experiencing is a new era (for Australians at least) of pick-up performance, and it comes in a package that's as subtle as a bald eagle holding a shotgun. Australia, meet your new V8 ute overlords: the Chevrolet Silverado 1500 and Ram 1500 Laramie.

Representing the GM faithful is the Silverado, sold by the soonto-be rebranded HSV in a single high-specification LTZ grade for $113,990. Ford doesn’t have an officially licensed F Truck in the country so taking its place in the blue corner is Fiat Chrysler’s Ram brand, distributed locally by Ateco with approval from North America. We have the top-spec Laramie specification on test which carries a sticker price of $99,950. Both pick-ups are delivered to Australia as they would be sold in the US and then undergo a ‘re-engineering’ process at Walkinshaw’s Clayton facility at the hands of skilled Aussie workers.

While both 1500s are substantially larger than our traditional dual-cabs (roughly 100mm taller, 200mm wider, and a full half metre longer) they still sit beneath the truly gargantuan 2500 offerings from both Chevrolet and Ram that have been sold locally. But it’s not just size that differentiates these powerhouse pick-ups from your usual worksite fare. You won’t find any turbo diesels here; both have atmo V8 petrol engines under the bonnet.

Dep ed Enright and myself have brought both behemoths to Heathcote Raceway for what surely has to be one of the strangest (if not heaviest) performance testing exercises in Wheels’ recent history. Enright has just finished recording numbers, so I’ve jumped into the Chev for a familiarisation run.

The 6.2-litre petrol V8 builds revs gradually as I load it up against the torque converter. Side-step the brake and there’s a brief squeal from the Goodyear Wrangler Trailrunner all-terrain tyres as they use 313kW/624Nm to get the 2588kg mass moving, the central diff transferring power fore and aft as required. It’s an impressive middle finger to physics as the big beast squats and then lunges forward. The 10-speed automatic slurs through the ratios but it’s surprisingly quick: in 14.5sec I’m past the 400m mark and travelling at a licence-incinerating 150km/h. The 0-100km/h sprint takes 6.4sec. There’s currently no ute on sale that can beat it in a straight line.

The Ram isn’t far behind. Its 5.7L V8 is down on capacity and performance compared to the Chev, yet it still runs a respectable 6.8sec to 100km/h and is only three tenths shy to 400m.

While the Ram is the less powerful of these two, its engine has more character. It has a hearty engine note and it builds revs more readily, which makes it feel more energetic. And its eight-speed auto (controlled by a dash-mounted dial) is less prone to shortshifting compared to the Chev, so you get to enjoy more of that bent-eight burble as you build speed.

Despite the slightly smaller capacity, the Ram is thirstier, drinking 14.5L/100km during our test compared to the Silverado’s 13.5L/100km. We had a VW Amarok 580 along as a benchmark and turbo diesel V6 drank 9.8L/100km. Going big has its consequences.

Peeling out of Heathcote, it’s easy to see the appeal of these large pick-ups. Both boast impressive towing capacities (a claimed 4500kg braked each is a full tonne more than the best dual-cab), making them prime targets for people with regular heavy hauling duties. Ram provides trailer brake assist, but the Silverado goes the extra-mile with a specific towing drive mode and sway control.

But where they really raise the bar compared to more traditional dual-cabs is their luxury and refinement. Interior room rivals that of the largest SUVs, with both featuring more cup holders than a cinema, vast centre consoles, heated steering wheels, heated and cooled leather-trimmed electrically adjustable front seats, sunroofs, and smartphone mirroring.

While there is plenty of American chintzy plastic inside, both pick-ups are comfortable with plush seats in both rows. There are ergonomic quirks, though, like the Chev’s hilariously over-sized column-mounted shifter that loves sliding straight past drive into low range, or the Ram’s foot-operated hand brake which sits on the right of the footwell. Ironically given its size, the Ram’s headroom is limited for anyone taller than six foot.

Even with impressive blind-spot vision and excellent rear-view cameras, extreme care is needed when parking, mostly due to sheer physical size. While initially intimidating around town, the Ram more readily shrinks around the driver thanks to the softer edges of the bonnet. The Silverado feels a sizeable beast at all times and side-steps are a must for entering the cabin.

Both conversions are expertly done and we didn’t experience any squeaks or rattles. Despite high bonnets, and large wing mirrors, neither generates significant wind noise. The exterior noise suppression is top notch.

From the driver’s seat, the biggest difference is the way these two pick-ups travel down the road. If you only ever traversed smooth highways, the Silverado and its floating waftiness would be quite pleasant. However, on bumpier roads the ride feels underdone. There’s a disconnect between how the front coils and rear leafs deal with imperfections, resulting in a jostling pitchand-roll that can be quite unsettling. HSV is working on a local suspension tune, but our tester was running the stock US set-up. Experience with this car tells us that adding weight to the tray settles its leaf-sprung rear-end substantially.

The Ram’s suspension is much more modern and is fitted with an independent coil-sprung rear-end. As a result, it has a clear advantage in terms of refinement, while still matching the Silverado’s claimed towing ability (and besting it for payload). The Laramie sits confidently on the road and it feels well suited to the pockmarked bitumen of rural Australia.

Neither are what you’d call great handlers. The Ram’s steering is vague off centre and while the Silverado’s tiller is confident and well-weighted at the straight-ahead position, it lacks feel as you progress through a corner.

Then there is the sticky issue of value. Even the more affordable Ram is almost $30,000 more than the most expensive dual-cab on the market. That premium can be justified to an extent given the Ram’s notable increase in hauling ability, luxury, and road presence. But adding almost $14,000 to the equation for the extra few tenths of acceleration in the Silverado is harder to justify. You’ll also need to set aside $3000 each year for insurance, and then there’s the fuel bill to consider...

While it might not make your accountant happy, there is an undeniable coolness about the Silverado. It encapsulates the pulling-power of a large American pick-up with giant globs of grunt and a luxurious interior. However, its queasy ride and high price tag means it falls shy of the top spot.

The Ram can’t match HSV’s hero product for tech, but the cheaper pick-up offers better value for money without sacrificing spec levels. It also slightly better to drive, rides more comfortably and has, perhaps most importantly, a more characterful engine. The Hemi pulls your face into a wry smile with every throttle application, while the Chev’s 6.2-litre is more subdued. You don’t buy a monstrous V8 ute to be subdued.

These brutes are clearly not a like-for-like replacement for the Falcon and Commodore utes, but push your right boot to the firewall and it’s clear they share a part of that same special V8 workman spirit. The fact they are prepared for Aussie customers by Aussie workers sounds pretty fair dinkum to us.